DO YOU HAVE SHALOM?

"For the earth shall be filled with the knowledge of the glory of the LORD, as the waters cover the sea." Habakkuk 2:14

"Give glory to Him ...and worship Him that made heaven, and earth, and the sea, and the fountains of waters." Revelation 14:7b

"And Let the whole earth be filled with his glory; Amen, and Amen." Psalms 72:19b 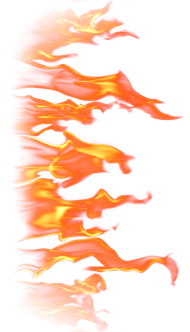 Do you have Jesus?

Are you struggling?? Looking for answers?? Do you know Jesus?


God sent his only son, Jesus, to this earth about 2000 years ago.
He came for one purpose: to die for your sin and mine.

God is holy. No sin can be in His presence. If sin or one guilty of sin is brought into His presence, it is destroyed. It is not that He wants to destroy sinners, but simply that He is so holy that sin cannot be where He is. All of us have done things that are wrong- everyone knows that. The Bible says:

Adam sinned first in the garden of Eden, and all who were born after him were born as sinners. That makes you and every other human being a sinner- one born into sin. And when one has sinned, a price must be paid. The Bible says that "the wages of sin is death". Therefore, all that have sinned deserve death. Before Jesus came, the blood of lambs and goats killed in sacrifice covered sins temporarily, but could not take them away. That's why it had to be done daily.

Jesus lived a perfect life, so He needed no blood shed for himself, because He had no sin. During His life, He healed many, and preached the Gospel (good news) of the Kingdom of God. In His life, many prophesies about Him by the prophets of the Old Testament were fullfilled. He was the only person ever worthy of going to Heaven of Himself. But when He was around 33 years old, he willingly gave Himself to die an agonizing death by crucifixion- upon a cross. Crucifixion is the most horrible and shameful death one can die. But He did it for you, because He loved you, and He wanted to rescue you from sin and a life without God. When the time came for Him to be crucified, He was whipped with 39 stripes, he was mocked, accused, beaten, and crowned with a crown of thorns, and then He was crucified. But He had done no wrong. On the cross, His sinless divine blood was poured out for you. He took your place on the cross.

It was you and I who deserved the death of the cross, but He took your place and my place. The Word of God says (talking of Jesus):

"Who His own self bare our sins in His own body on the tree, that we, being dead to sins, should live unto righteousness, by whose stripes ye were healed." (1 Peter 2:24)

The 39 stripes He took were for your healing. He took your sicknessess so you could be healed. While he was hanging on the cross, God put your sin, my sin, and the sin of the whole world upon His son Jesus, because He loves you. Jesus' love is so great, that even on the cross, He said of those who crucified Him, "Father, forgive them; for they know not what they do."

Then He gave up His spirit and died. He was buried in a tomb, and a great stone was rolled in front of the entrance to the tomb. Three days later, an angel rolled away the stone from the tomb, and as He had said before he was crucified, Jesus rose from the dead!

He was seen of many for 40 days after He rose, and then He ascended up to Heaven to sit on the right hand of God the Father. Before He ascended, Jesus told His disciples:

That is what all who believe in Him are to do- to tell others the good news of His life, death, and resurrection. He promised that He will return to earth soon, and will take those that are His to Heaven to live with Him for ever.
Are you ready?

Jesus said that a person can only go to Heaven if He is "born again". (John 3:3) He was not talking of a natural birth, but a spiritual birth. You see, every man is made up of three parts: a spirit, a soul, and a body. Your spirit is who you really are, and it has a soul, which is what you feel, think, etc. The spirit, with it's soul, lives in a body. When one is a sinner, his spirit is dead, or cut off from God, and he cannot have fellowship with God. Only when one's spirit is born again can he fellowship with God, be a child of God, and go to Heaven instead of Hell.

The way to be born again is to believe in Jesus and give your life to Him, and you will become a child of God. The Bible says in John 1:12 that "As many as received Him, to them gave He power to become the sons of God, even to them that believe on His name".

It's very simple. You only need to do these things:

How do you do these things? Well, to repent means to confess to God that you have sinned and ask Him to forgive you, and it means to turn from your sin: to the best of your ability, to stop sinning.
To receive Jesus as your savior, you must believe that He came to earth and died for you, and ask Him to come into you and make you a new person.
Then you must surrender to His will for your life, and do what He wants you to do.

When you believe on Him and do these things, Jesus will come into your heart and give you a new life.

Pray this simple prayer:
"Father God, I confess to you that I am a sinner- I have sinned. But I believe that you sent your son Jesus to die on the cross in my place, and that you raised Him from the dead. I believe that His blood paid the price for my sin, I turn from my sin and I ask you to forgive me of all my sin. I give my life to you. I receive you Jesus, as my savior. Come in, Jesus, and make me a new person. In Jesus name I pray, Amen."

If you prayed that prayer, you are now born again. You are a child of God, and Jesus is living on the inside of you!
Even a similar prayer will be fine, as long as it is prayed from your heart.

Now, in return for giving you eternal life, healing of your body, and many other promises, God wants your life. He wants you to tell others about Him and of His good news of Salvation. He wants you to pray—to talk to Him, every day.
He wants you to read the Bible, because the Bible is God's letter to you. In it is His will for your life and many promises to you. As you read it and talk to Him daily, you will grow into a mature Christian, and He will begin to talk back to you!

If you just accepted Jesus, please email us at the address below and let us know!

If you want more information, or if you need a Bible, contact us: 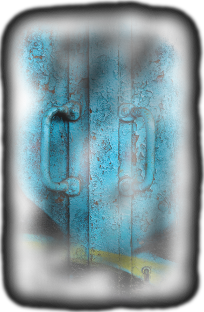 Do you need Healing in your life?

Let
faith Arise!! in your heart